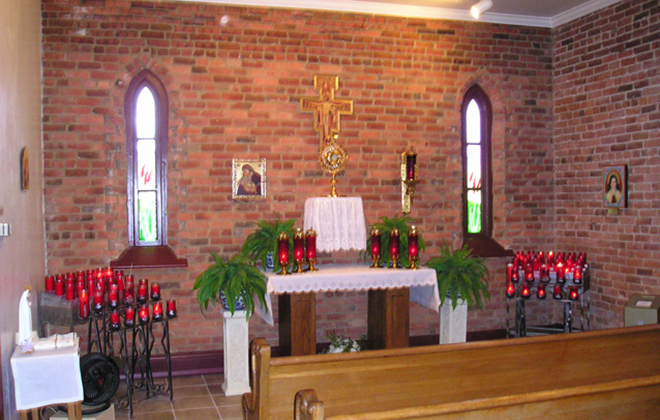 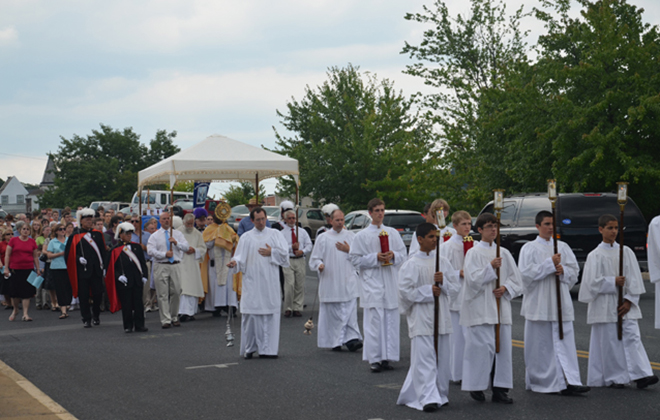 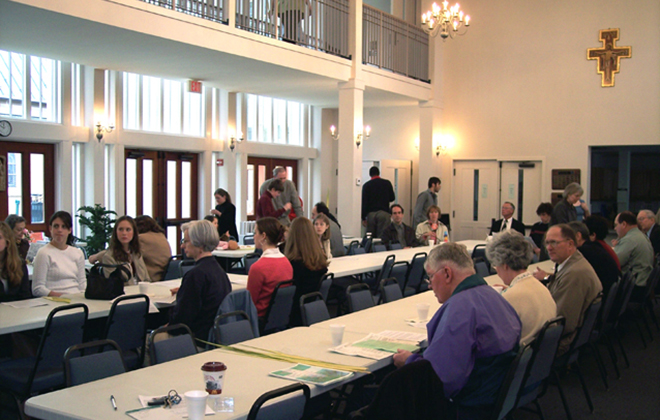 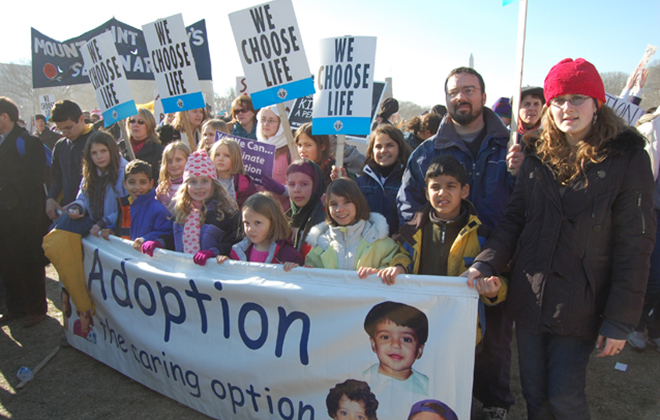 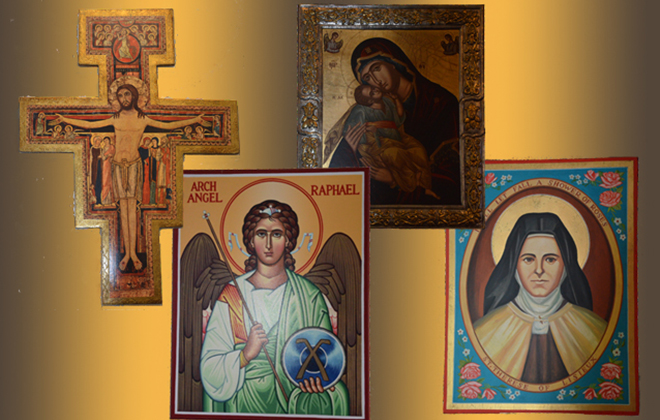 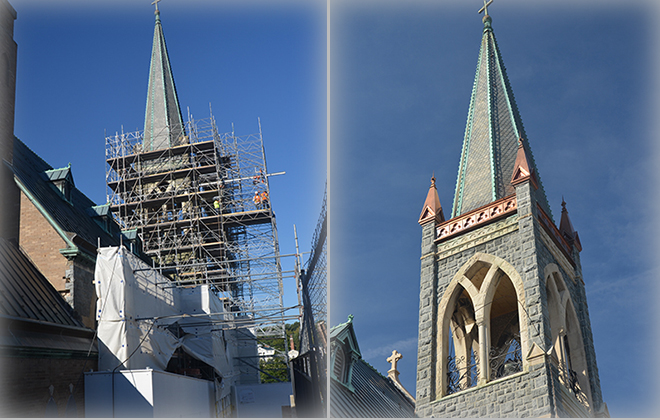 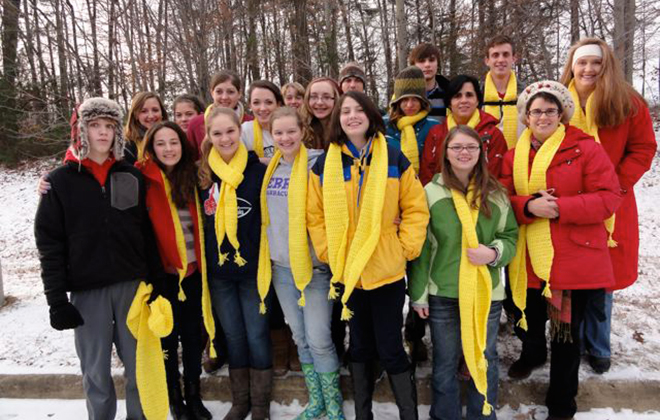 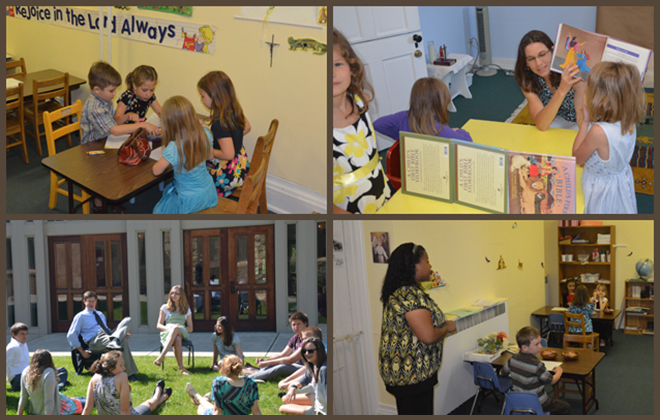 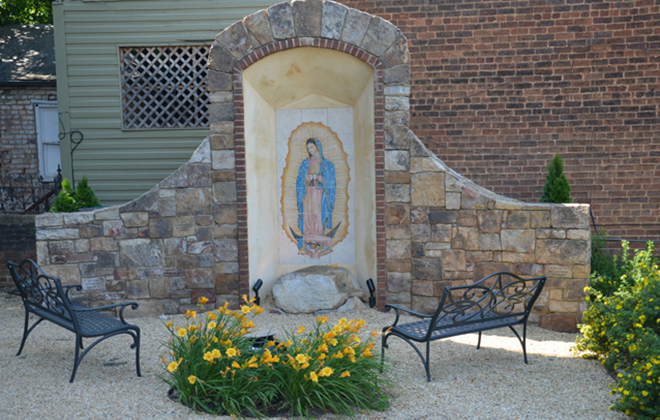 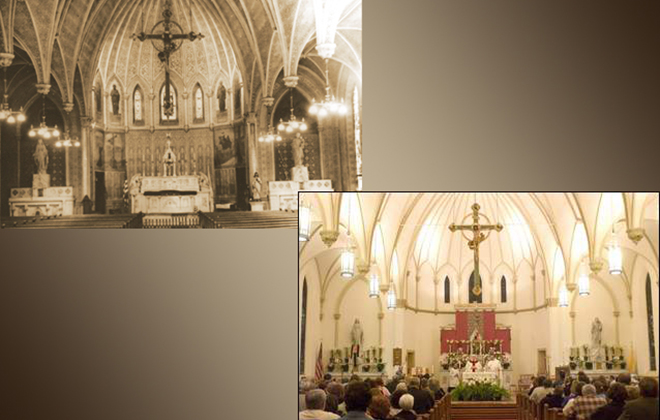 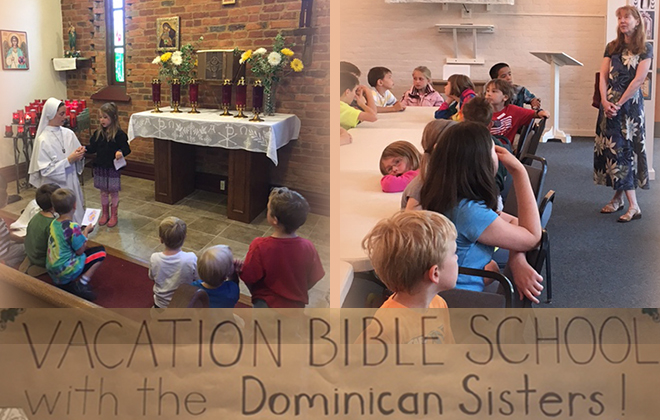 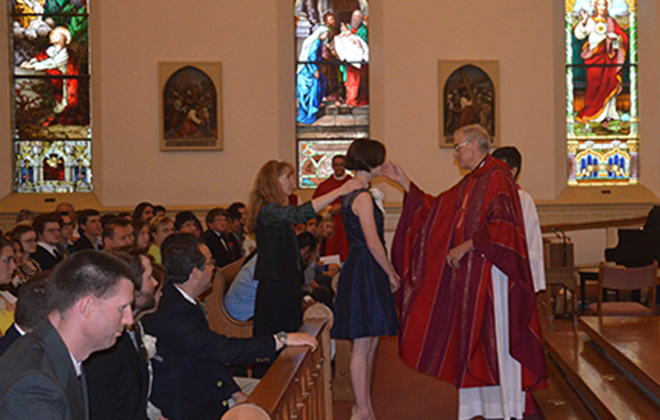 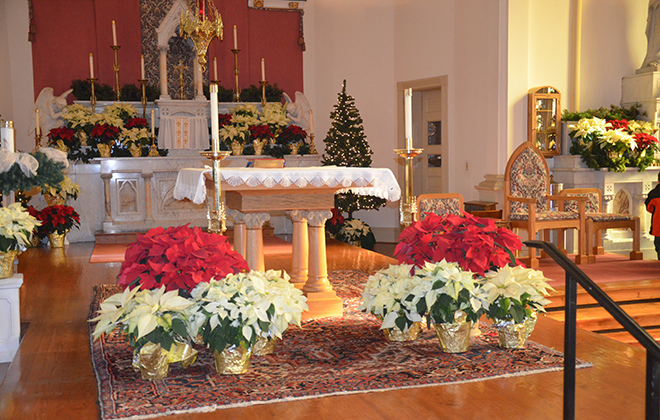 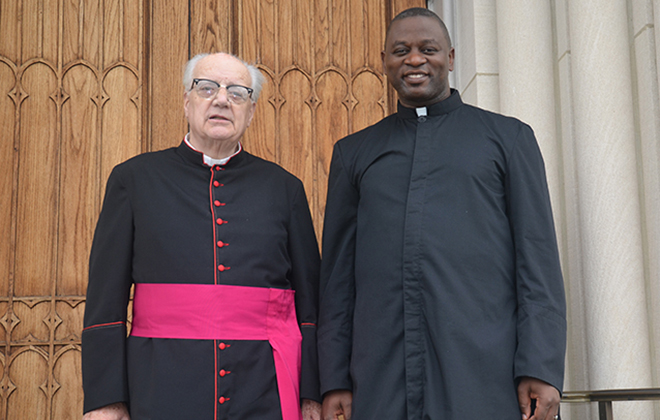 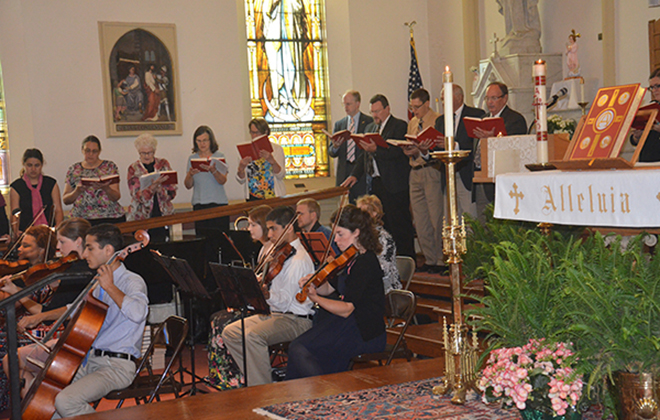 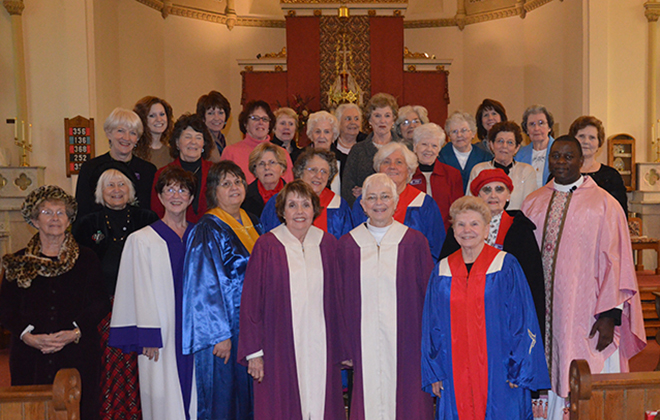 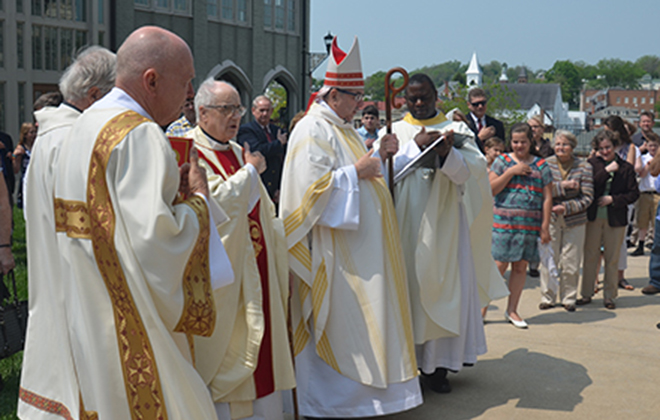 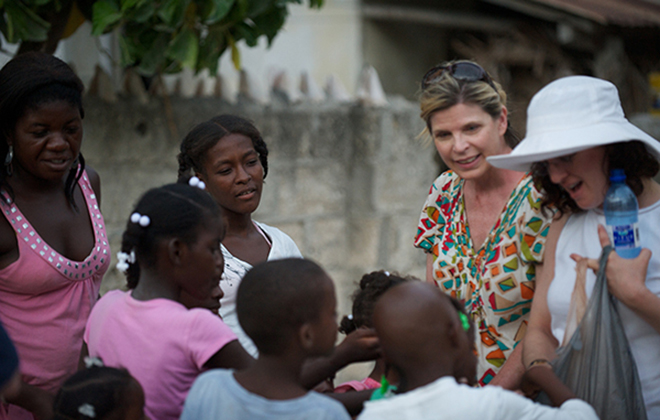 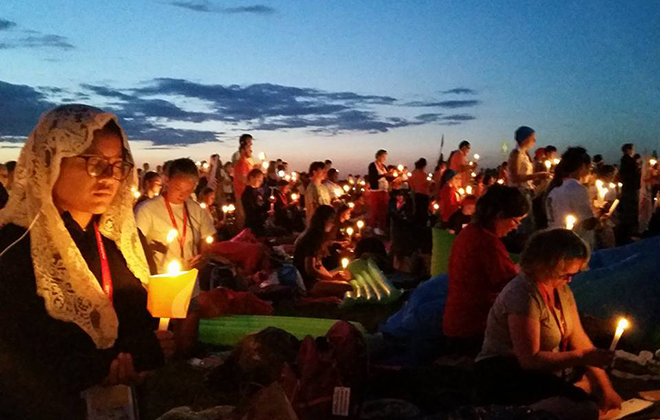 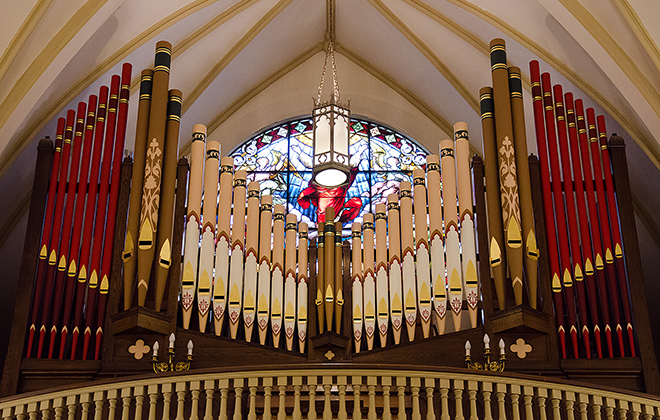 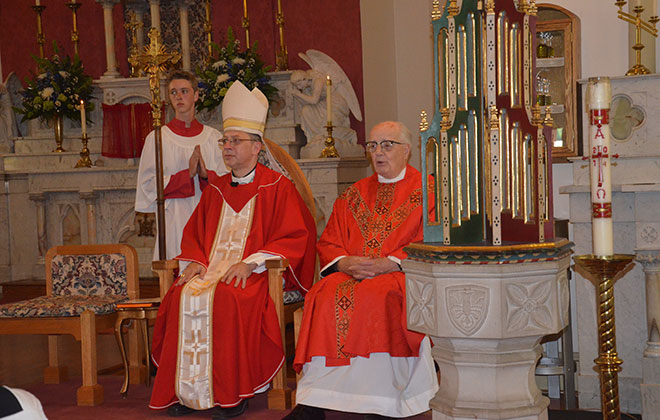 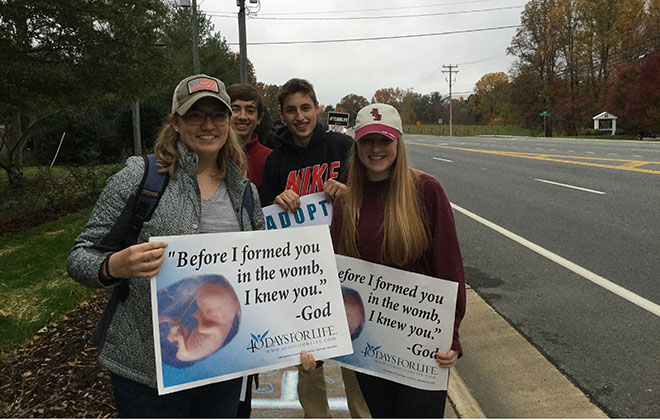 Move cursor over image to pause slideshow, click on image to move to next slide immediately.

CHRIST’S WORK IN THE LITURGY

Christ glorified: “Seated at the right hand of the Father” and pouring out the Holy Spirit on his Body which is the Church, Christ now acts through the sacraments he instituted to communicate his grace. The sacraments are perceptible signs (words and actions) accessible to our human nature. By the action of Christ and the power of the Holy Spirit they make present efficaciously the grace that they signify.

In the liturgy of the Church, it is principally his own Paschal mystery that Christ signifies and makes present. During his earthly life Jesus announced his Paschal mystery by his teaching and anticipated it by his actions. When his Hour comes, he lives out the unique event of history which does not pass away: Jesus dies, is buried, rises from the dead, and is seated at the right hand of the Father “once for all.” His Paschal mystery is a real event that occurred in our history, but it is unique: all other historical events happen once, and then they pass away, swallowed up in the past. The Paschal mystery of Christ, by contrast, cannot remain only in the past, because by his death he destroyed death, and all that Christ is—all that he did and suffered for all men—participates in the divine eternity, and so transcends all times while being made present in them all. The event of the Cross and Resurrection abides and draws everything toward life.

“Accordingly, just as Christ was sent by the Father so also he sent the apostles, filled with the Holy Spirit. This he did so that they might preach the Gospel to every creature and proclaim that the Son of God by his death and resurrection had freed us from the power of Satan and from death and brought us into the Kingdom of his Father. But he also willed that the work of salvation which they preached should be set in train through the sacrifice and sacraments, around which the entire liturgical life revolves.”

Thus the risen Christ, by giving the Holy Spirit to the apostles, entrusted to them his power of sanctifying: they became sacramental signs of Christ. By the power of the same Holy Spirit they entrusted this power to their successors. This “apostolic succession” structures the whole liturgical life of the Church and is itself sacramental, handed on by the sacrament of Holy Orders.

PROVIDENCE AND THE SCANDAL OF EVIL 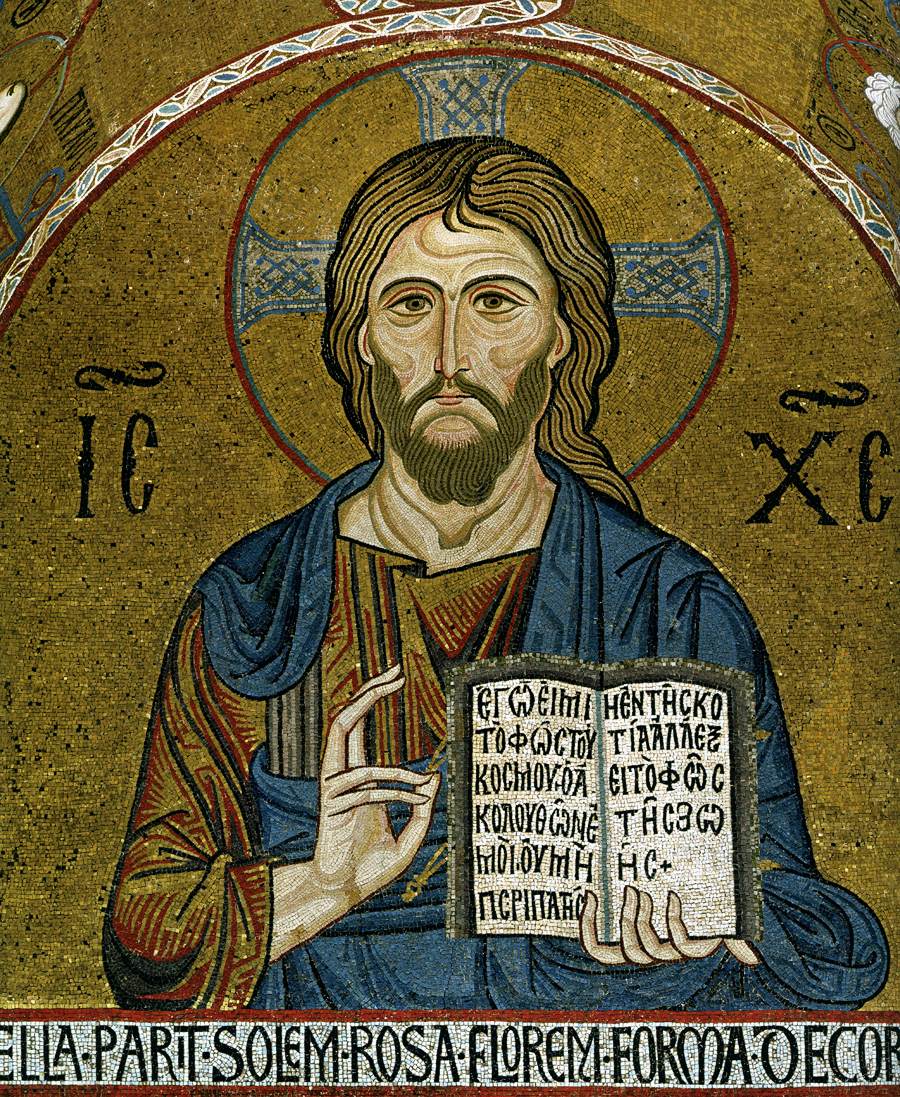 If God the Father almighty, the Creator of the ordered and good world, cares for all his creatures, why does evil exist? To this question, as pressing as it is unavoidable and as painful as it is mysterious, no quick answer will suffice. Only Christian faith as a whole constitutes the answer to this question: the goodness of creation, the drama of sin and the patient love of God who comes to meet man by his covenants, the redemptive Incarnation of his Son, his gift of the Spirit, his gathering of the Church, the power of the sacraments and his call to a blessed life to which free creatures are invited to consent in advance, but from which, by a terrible mystery, they can also turn away in advance. There is not a single aspect of the Christian message that is not in part an answer to the question of evil.

But why did God not create a world so perfect that no evil could exist in it? With infinite power God could always create something better. But with infinite wisdom and goodness God freely willed to create a world “in a state of journeying” towards its ultimate perfection. In God’s plan this process of becoming involves the appearance of certain beings and the disappearance of others, the existence of the more perfect alongside the less perfect, both constructive and destructive forces of nature. With physical good there exists also physical evil as long as creation has not reached perfection.

Angels and men, as intelligent and free creatures, have to journey toward their ultimate destinies by their free choice and preferential love. They can therefore go astray. Indeed, they have sinned. Thus has moral evil, incommensurably more harmful than physical evil, entered the world. God is in no way, directly or indirectly, the cause of moral evil. He permits it, however, because he respects the freedom of his creatures and, mysteriously, knows how to derive good from it:

For almighty God..., because he is supremely good, would never allow any evil whatsoever to exist in his works if he were not so all-powerful and good as to cause good to emerge from evil itself. In time we can discover that God in his almighty providence can bring a good from the consequences of an evil, even a moral evil, caused by his creatures: “It was not you,” said Joseph to his brothers, “who sent me here, but God....You meant evil against me; but God meant it for good, to bring it about that many people should be kept alive.” From the greatest moral evil ever committed—the rejection and murder of God’s only Son, caused by the sins of all men—God, by his grace that “abounded all the more,” brought the greatest of goods: the glorification of Christ and our redemption. But for all that, evil never becomes a good.

We firmly believe that God is master of the world and of its history. But the ways of his providence are often unknown to us. Only at the end, when our partial knowledge ceases, when we see God “face to face,” will we fully know the ways by which—even through the dramas of evil and sin—God has guided his creation to that definitive sabbath rest for which he created heaven and earth.

THE HOPE OF THE NEW HEAVEN AND THE NEW EARTH 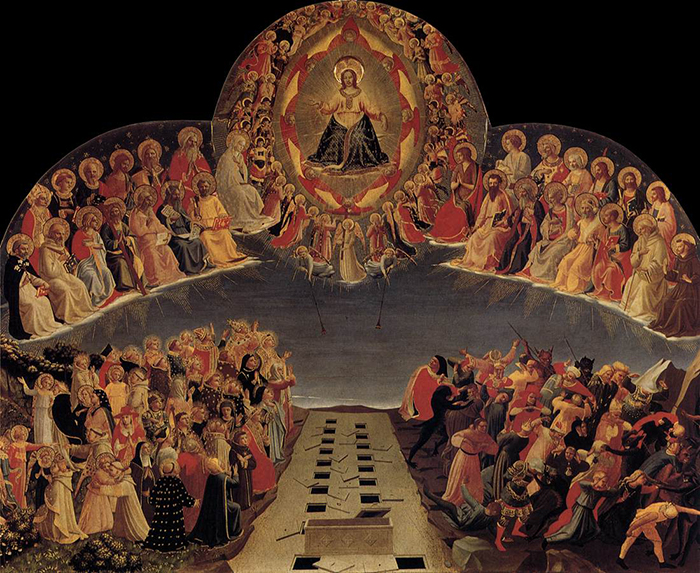 At the end of time, the Kingdom of God will come in its fullness. After the universal judgment, the righteous will reign for ever with Christ, glorified in body and soul. The universe itself will be renewed:

The Church ... will receive her perfection only in the glory of heaven, when will come the time of the renewal of all things. At that time, together with the human race, the universe itself, which is so closely related to man and which attains its destiny through him, will be perfectly re-established in Christ.

Sacred Scripture calls this mysterious renewal, which will transform humanity and the world, “new heavens and a new earth.” It will be the definitive realization of God’s plan to bring under a single head “all things in [Christ], things in heaven and things on earth.”

In this new universe, the heavenly Jerusalem, God will have his dwelling among men. “He will wipe away every tear from their eyes, and death shall be no more, neither shall there be mourning nor crying nor pain any more, for the former things have passed away.”

For man, this consummation will be the final realization of the unity of the human race, which God willed from creation and of which the pilgrim Church has been “in the nature of sacrament.” Those who are united with Christ will form the community of the redeemed, “the holy city” of God, “the Bride, the wife of the Lamb.” She will not be wounded any longer by sin, stains, self-love, that destroy or wound the earthly community. The beatific vision, in which God opens himself in an inexhaustible way to the elect, will be the ever-flowing well-spring of happiness, peace, and mutual communion.

For the cosmos, Revelation affirms the profound common destiny of the material world and man: For the creation waits with eager longing for the revealing of the sons of God ... in hope because the creation itself will be set free from its bondage to decay. ... We know that the whole creation has been groaning in travail together until now; and not only the creation, but we ourselves, who have the first fruits of the Spirit, groan inwardly as we wait for adoption as sons, the redemption of our bodies.

The visible universe, then, is itself destined to be transformed, “so that the world itself, restored to its original state, facing no further obstacles, should be at the service of the just,” sharing their glorification in the risen Jesus Christ.

“We know neither the moment of the consummation of the earth and of man, nor the way in which the universe will be transformed. The form of this world, distorted by sin, is passing away, and we are taught that God is preparing a new dwelling and a new earth in which righteousness dwells, in which happiness will fill and surpass all the desires of peace arising in the hearts of men.”

“Far from diminishing our concern to develop this earth, the expectancy of a new earth should spur us on, for it is here that the body of a new human family grows, foreshadowing in some way the age which is to come. That is why, although we must be careful to distinguish earthly progress clearly from the increase of the kingdom of Christ, such progress is of vital concern to the kingdom of God, insofar as it can contribute to the better ordering of human society.”